Today I have been investigating Anzac on Sea.
"Where?" you might ask. The name existed for just a year (1916) and then it became Peacehaven.
Does Peacehaven owe its existence to some dodgy dealing? Maybe.
A competition was launched in the Daily Express to name a new development on some scrubby land where the South Downs met the sea at Telscombe Cliffs.
The winner would get a plot of land for a house.
Just the plot. And then it was discovered that the winner would have to pay all the legal fees to get his plot.
And then it was decided that lots of people could win.....so lots of legal fees.
Today I have described, for EBay, some Anzac on Sea ephemera.

Look what lovely bungalows you could have built for you on your plot. 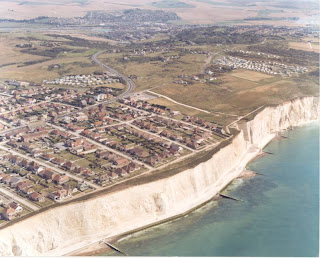 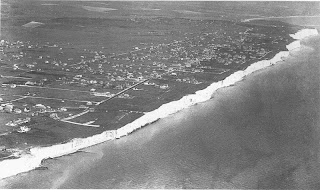 Pictures of Peacehaven in the 1920s and in 1980. You can clearly see the grid that was the basis for the development.
Look out! The edge of the town is now much closer to the edge of the cliffs.

Bill visited Peacehaven in his youth. His Aunty Emily and her husband Syd opened a shop there at the end of Cairo Avenue - Cairo Stores. 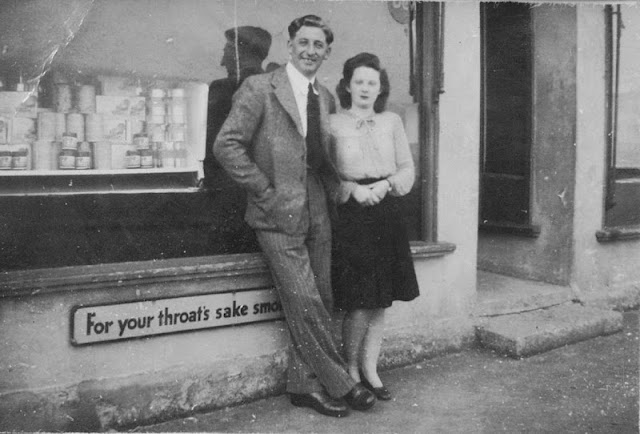 This is a picture of Bill's cousin, Daphne and her husband Les, outside Cairo Stores.
Look at the advertising.......suggesting that smoking was good for the health!

It was a successful general stores.
But now has become a residential house again. Look at it!!! 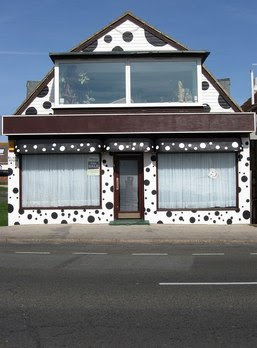 I don't think such a house would have been considered in 1916 when it was Anzac on Sea.


Now I wait to see if local historians will be wanting the 5 bits of ephemera on offer.